The Administration Division is responsible for the following functions within the New Westminster Police Department:

The Criminal Intelligence Unit is responsible for collecting, analyzing and interpreting a variety of investigative and intelligence data to support investigative activities as well as assisting police management in the prevention of crime and efficient deployment of resources to address current patterns of criminal activity. The unit comprises of a partnership between a police detective and a civilian crime analyst. This unit is the central conduit for information distribution throughout the police department. The Criminal Intelligence Unit also distributes relevant information to and from other justice agency partners.

The Specialized Investigations Unit is dedicated to investigating sexual assaults and applies a model that has been successful in the New Westminster Police Department’s investigations of domestic violence files. In this model a specially trained detective is paired with a community counselor, to provide the best possible service to victims. This model ensures timely access to support for the victim that continues from the time of reporting the crime through to the end of the criminal process and beyond if required.

The Domestic Violence Unit is a partnership program between the Family Services of Greater Vancouver and the New Westminster Police Department. The team is made up of a counselor and a Major Crime Detective to provide rapid follow-up on the most severe, high-risk and chronic situations of domestic violence reported to the police. 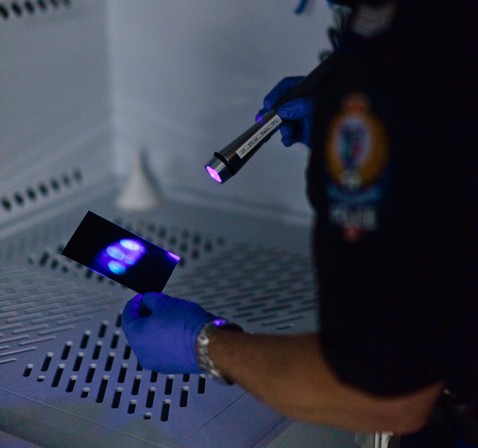 The Forensic Identification Unit provides support services to investigators. The section’s role is to examine crime scenes and associated exhibits, locate, document and develop relevant evidence, and provide impartial reports and opinions to investigators as well as the Courts. Members develop knowledge and expertise relating to the development of fingerprints and fingerprint evidence, footwear comparison, collection of DNA, forensic video applications, bloodstain evidence, photography, and many other areas. Identification members assist investigators in crimes such as assaults, robberies, and homicides.

In January 2013, the New Westminster Police became the first Municipal Police Department to sign on with the RCMP LMD Emergency Response Team. In response to rising violent crime in 2006, the Lower Mainland District Regional Police Service phased in a full-time 67-member ERT team to support front-line police officers in the LMD’s 13 detachments.

Although the members are part of a full-time team, they are based out of different detachments where they participate in briefings, liaise with local units to provide tactical advice and patrol the detachment area as available. This ensures each municipality not only benefits through access to the emergency response capabilities, but also has access to the expertise of each member on an ongoing basis, and the team has a visible presence in each municipality.

The NWPD currently has two full-time members seconded to the LMD ERT.

Formally known as the Operational Support Unit, the new Crime Reduction Unit is assigned to the Patrol Division and is comprised of a Sergeant and four Constables. The Crime Reduction Unit is responsible for apprehending suspects wanted on warrants, targeting, following up with weekly crime priorities, and providing operational support to all divisions within the NWPD. Members of the Crime Reduction Unit perform their work in both uniforms and plainclothes capacities by way of police vehicles, bike enforcement, marine patrols, and other methods. 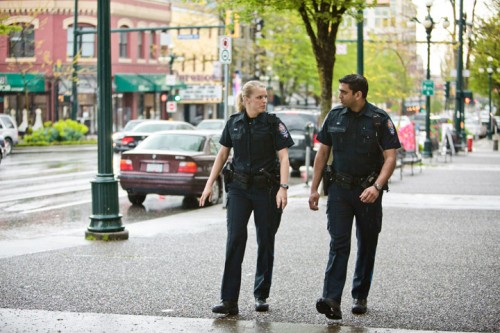 The Patrol Division is the largest and most visible unit of the department.  Patrol Officers respond to calls for assistance, maintain public order, detect and prevent criminal activity, conduct the initial investigation of reported crimes and engage in proactive policing duties 24 hours a day, every day.

Their commitment and professionalism provide a balanced approach to both criminal and social issues. They represent law and order and safeguard the lives and property of the people they serve.

In 2014, the New Westminster Police Department joined forces with the Lower Mainland Police Dog Service at the RCMP.

Presently there are 48 dog teams, 3 of which are New Westminster Police members.

Each dog team undergoes extensive training. During this period the dogs, along with their handlers, are taught tracking, property/ evidence searches, area searches, building searches, handler protection, criminal apprehension, obedience, and agility. Once validated and working with patrol, dog teams are continually training for the betterment of the dog teams’ abilities and further development of the dog/handler expertise.

The Street Crime Unit is a unit in the Support Services Division. The primary function is to proactively identify and respond to crime trends with a focus on property crime including Break and Enters, conduct drug investigations, and support the Major Crime Unit. The Street Crime Unit fulfills its mandate through plainclothes, undercover, and surveillance operations, amongst other tactics. 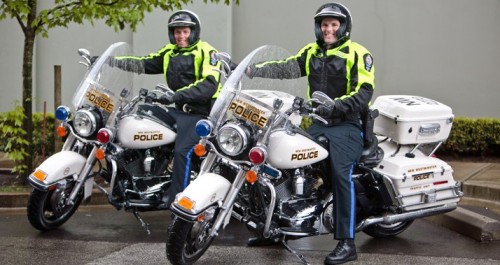 The NWPD Traffic Unit’s primary purpose is to reduce accidents, save lives, and facilitate the safe and efficient movement of vehicular and pedestrian traffic throughout the city.

The Traffic Unit conducts traffic enforcement operations targeted at specific problem locations as well as public information campaigns related to traffic safety. Traffic officers are deployed to those areas of the city where traffic violations are problematic. In many cases, deployment is based directly on citizen complaints of traffic violations in particular neighborhoods.

The Traffic Unit utilizes patrol cars, Harley Davidson motorcycles, foot patrol and even the use of police bicycles to ensure the safe passage of vehicles and pedestrians throughout the city.