“This unprovoked attack on our officer is unsettling,” stated Sergeant Justine Thom. “This could have ended in tragedy, and we’re extremely grateful no officer or bystanders were injured or killed.”

The suspect is currently in custody and charges are being recommended relating to assault of a police officer, obstruction, and possession of a weapon for a dangerous purpose. 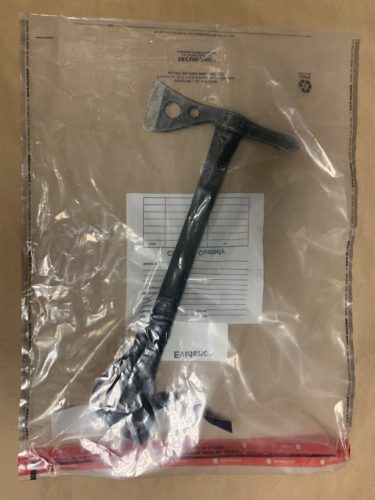