The first incident is believed to have occurred overnight between June 5th and June 6th with the victim reporting he found racist messages scratched into his vehicle. The vehicle was parked in the area of South Dyke Road of the Queensborough neighbourhood.

The second incident occurred on June 17th at approximately midnight, a resident called police to say that he was witnessing two suspects spray painting racist graffiti on buildings in the 400 block of East Columbia Street. When police and the Lower Mainland Integrated Police Dog Service arrived on scene no one matching the suspect description could be located. It was at that time that police found five vehicles had also been spray painted with graffiti. Officers searched the area for CCTV footage and evidence.

“When I saw this graffiti I was disgusted with what I was reading,” stated Sergeant Justine Thom. “Racist incidents are taken seriously by the New Westminster Police Department. This investigation is ongoing and we’re asking anyone with information who has not yet spoken to officers to call us.”

The New Westminster Police Department has an officer seconded to the Provincial Hate Crime Unit, and these incidents have been shared with this unit. 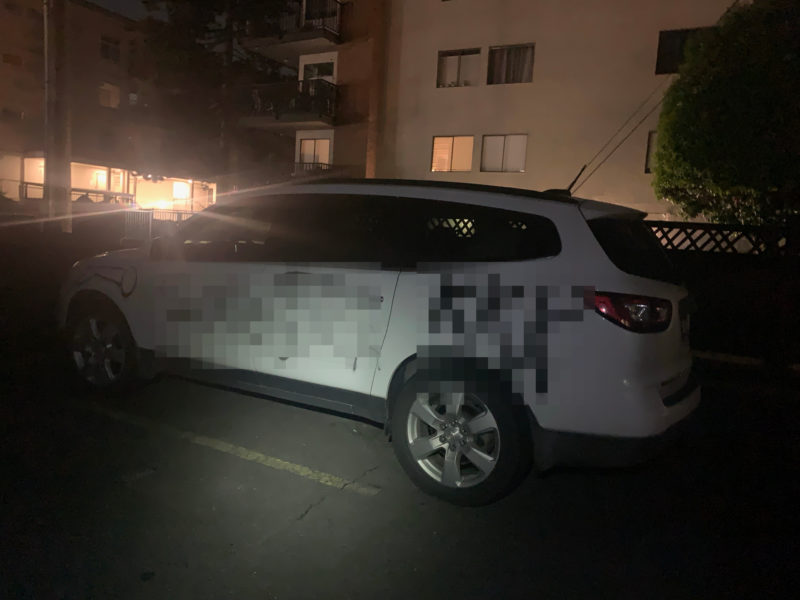