New Westminster – On October 1st at approximately 10:00pm the New Westminster Police Department was contacted by a man who claimed his neighbour threatened to kill him and chased him with a spear. Allegedly, a verbal altercation over noise in the building preceded the incident.

When police arrived on scene the suspect was located inside his residence. He followed the direction of police officers and was safely taken into custody. Police officers seized a long metal pointed rod which had been placed next to the front door.

“Thankfully no one was hurt during this incident,” Stated Sergeant Sanjay Kumar. “Disagreements between neighbours happens, and when it does we encourage people to slow down, make good decisions, and treat one another with respect. That didn’t happen in this instance.”

Charges related to weapons and uttering threats are being considered. 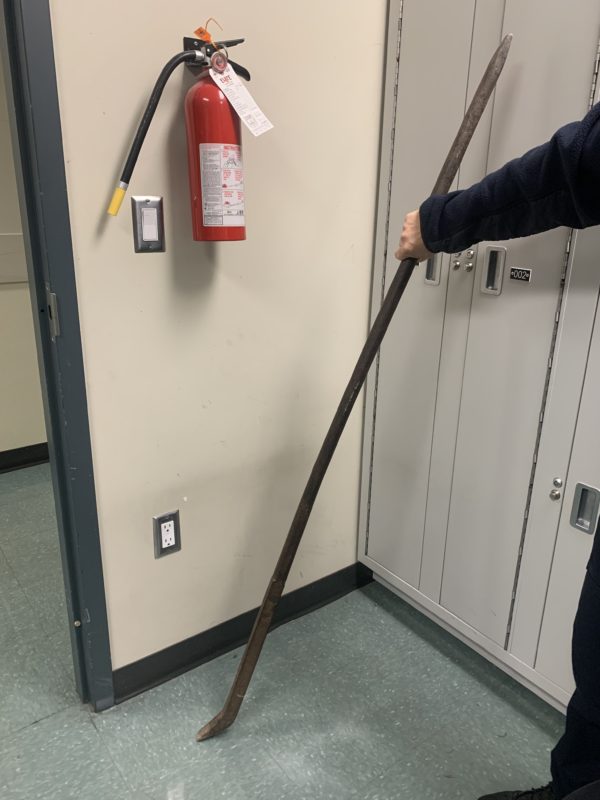 A long metal rod that was seized from inside an apartment building. The rod had pointed ends and is approximately 4 feet tall.