New Westminster – On April 13th 2021 at approximately 8:00 am the New Westminster Police Department responded to a report of a man sleeping in a running vehicle in the 300 block of Carnarvon Street. Upon arrival, the responding officer recognized the driver as someone who has fled from police in the past and had an outstanding warrant for his arrest. Prior to making contact with the driver, officers deployed a spike belt directly in front of the vehicle.

When police approached the side of the vehicle to arrest the suspect, the suspect allegedly woke up, shifted the vehicle into drive, disregarded commands of police, and drove over the spike belt westbound on Carnarvon Street. Police at the scene did not pursue the vehicle due to the public safety risk.

Another police unit on patrol several blocks away blocked an intersection ahead of the suspect vehicle. Despite commands to stop, the suspect allegedly drove past the police vehicle and proceeded onto Columbia Street with the spike belt being dragged behind. The officer saw the vehicle drive into a parkade, and with the help of citizens was able to quickly locate and safely arrest the suspect who had fled on foot. The suspect was in possession of several weapons at the time of his arrest.

The following offences are being recommended to Crown Counsel:

1 count of Failing to Comply with Release Order, contrary to section 145(5)(a) of the Criminal Code of Canada

1 count of Resist Arrest, contrary to section 129(a) of the Criminal Code of Canada

1 count of Flight from Police, contrary to section 320.17 of the Criminal Code of Canada

1 count of Dangerous Operation of a Motor Vehicle, contrary to section 320.13(1) of the Criminal Code of Canada

“Thanks to the citizens who pointed us in the right direction once this suspect had fled on foot,” stated Sergeant Sanjay Kumar. “This individual was safely taken into custody thanks to the excellent work of A Watch and our Traffic Unit Sergeant.” 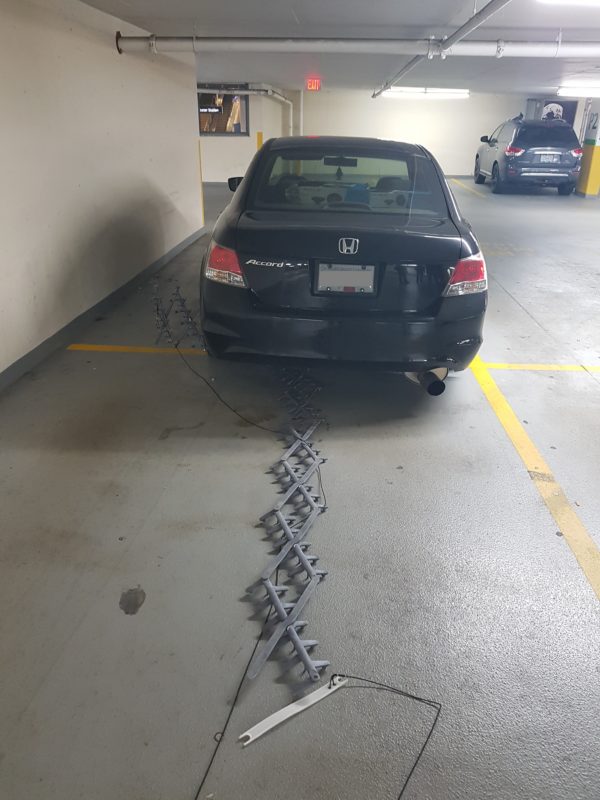