New Westminster – At approximately 1:00 am on January 11th a New Westminster police officer noted inconsistencies with a license plate on a vehicle driving ahead. He pulled the vehicle over to confirm the driver had a valid licence and the vehicle had insurance.

After speaking with the driver and checking additional vehicle information the officer determined that the vehicle did not have insurance and was displaying the wrong license plate. The officer then saw a firearm under the driver’s seat at which point the driver was safely taken into custody.

Upon closer inspection of the firearm it was determined to be a replica.

“Residents of this city extend their thanks to the hard-working women and men who are on the front lines,” stated Sergeant Sanjay Kumar. “Our members are constantly reacting to dynamic situations where quick thinking and judgement are required to safely resolve any given situation.”

Anyone with information on illegal activity in their neighbourhood is asked to contact the New Westminster Police at 604-525-5411. 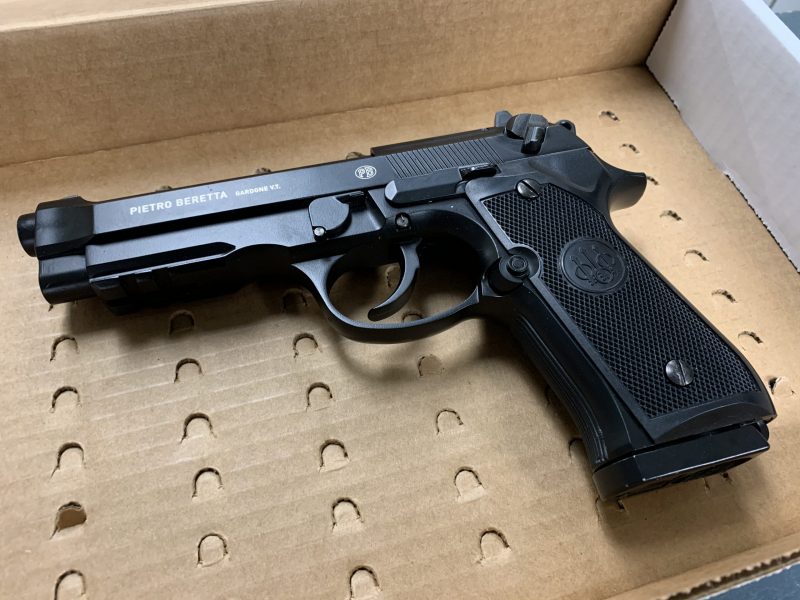 The replica handgun that was seized at the January 11th traffic stop.