Could you arrest a high profile target as a tactical team using advanced skills and tactics?

Could you survive the rigorous training that all ERT candidates must go through?

Could you protect and provide security for the Prime Minister, celebrities and witnesses?

If you think you could execute these tasks, then ERT might be the choice for you!

ERT stands for the Emergency Response Team. Essentially, it is Canada’s version of the Special Weapons and Tactics Team (SWAT). Some of you may know about ERT, and how they operate as a specialty section through the Royal Canadian Mounted Police (RCMP). The largest ERT team is located in the Lower Mainland District (LMD). The LMD ERT composes of 3 full time teams (67 members). The team covers areas that range from Pemberton to Boston Bar in Hope. Among this area of operation includes multiple municipality police departments such as West Vancouver Police; New Westminster Police; Port Moody Police; and, Delta Police. Many of these police departments have police members seconded to LMD ERT. NWPD currently has 3 members seconded to LMD ERT. 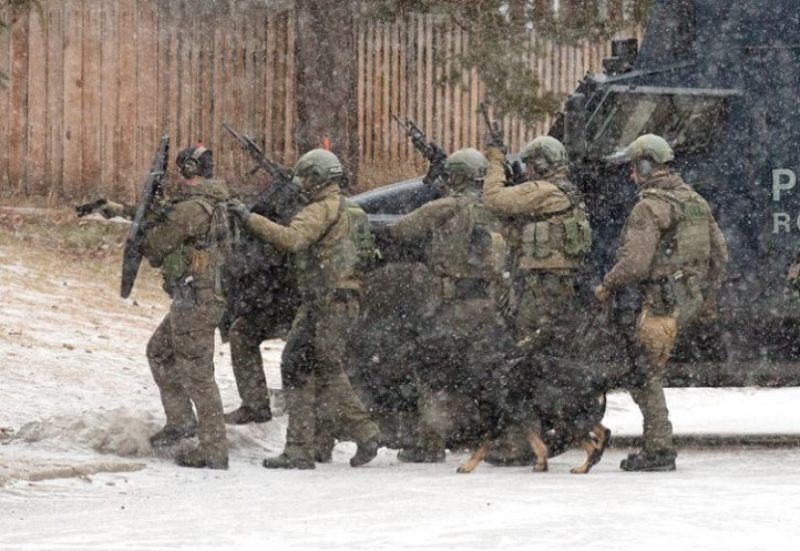 All members are highly trained police officers that are capable of executing a variety of challenging and high risk calls of service to ensure the safety of the public is kept.

Many of the high risk calls that ERT respond to include, but are not limited to:

ERT is extremely physically and mentally demanding. Operators are expected to maintain an above average physical fitness level by exercising regularly on-duty and off-duty. ERT is also constantly training for any dangerous incident that may arise, in which they are expected to resolve professionally.

We are fortunate enough to provide you with a few statements from NWPD’s past and present ERT operators. They have been on countless deployments, which has enhanced our understanding of the dangerous operations these operators are assigned to:

“When I was on ERT, our team was called to a barricaded suspect that was considered armed and dangerous. Our team made contact with the suspect by deploying a negotiator to help defuse the situation and avoid use of force. However, the suspect did not comply with our negotiator and refused to surrender to our demands. Our team deployed CS gas to flush out the suspect without making forced entry. Fortunately, the gas was enough for the suspect to surrender peacefully without incident. The suspect was arrested and put into custody. My team and I were thankful the situation did not escalate and progress into anything worse.”

“I was on ERT for 4 years and I loved it. I was immersed in such a positive team environment every day at work. I worked with a lot of type A personalities and go getters. My team members and I always pushed ourselves during training, so that we were always prepared for when we were deployed to a call. I always loved armed ship boarding, as I love boats and being on the water. We also worked in conjunction with the integrated K-9 unit that assisted us on our calls to help locate dangerous suspects. Those were some of the best years of my career in policing.”

“I have been on ERT for about 2 years now. I have learned a lot from the constant training we are put through. I’d consider our training days to be the coolest training you would ever experience in policing. I remember one of our training courses consisted of boarding aircrafts and securing them from armed suspects. It was challenging to operate in a confined space as a tactical team, but it was achievable through persistence and determination. I am so fortunate to do this as my career, and I can’t wait for what the next day holds.”

If this looks like a career for you, consider starting a career in policing with the New Westminster Police Department.