Mr. Clarkson is currently in-custody to appear in court for the following offences:

Five counts of Sexual Assault in BC, section 171 of the Criminal Code; and,

Five counts of Touching for a sexual purposes a person under the age of sixteen years in BC, section 151 of the Criminal Code.

“Detectives from the NWPD Major Crime Unit believe there could be more victims who have yet to come forward,” stated Sergeant Jeff Scott. “The victims of these alleged offences are all girls who were under the age of 10 years old at the time. Mr. Clarkson has been convicted of similar offences in the past in Ontario.”

The New Westminster Police Major Crime Detectives are interested in speaking with anyone who may have been allegedly assaulted by Mr. Clarkson. Please call Detective Michelle White at 604-529-2536, or report to your local police department. 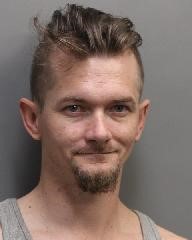