New Westminster – The New Westminster Police Department is seeking the public’s assistance in locating 42 year old Carter Crispens, who has not been seen since December 6th 2018. Mr. Crispens was last seen in the 800 block of Carnarvon Street, New Westminster, and was reported missing by his father who had not heard from him in several weeks.

Mr. Crispens is a Caucasian male described as 6’2”, weighing 146lbs, with long black hair and hazel eyes. He was last seen wearing a red winter jacket, winter pants, and pushing a shopping cart with personal belongings.

“Mr. Crispens has stayed in shelters and is known to use public transportation,” stated Sergeant Jeff Scott. “We’re asking for the public’s assistance in locating him.” 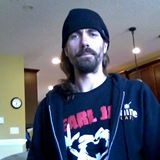