New Westminster – On October 1, 2018 the New Westminster Police Department issued an appeal to the public to help with the identification of a suspect in an assault and mischief case.

The incident happened on September 6, 2018 at a New Westminster Tim Hortons, where the suspect allegedly was verbally abusive to staff, poured his Iced Capp on the counter, pushed the computer register off the counter, and kicked and punched another customer.

The incident was captured on CCTV camera, and both video and still photos were shared with the public. After an overwhelming response from the public, the suspect has been identified as 28 year old Alan Sam Deguillaume, who is believed to be a resident of Burnaby.

The public is asked to please call 911 if they see Alan Sam Deguillaume. 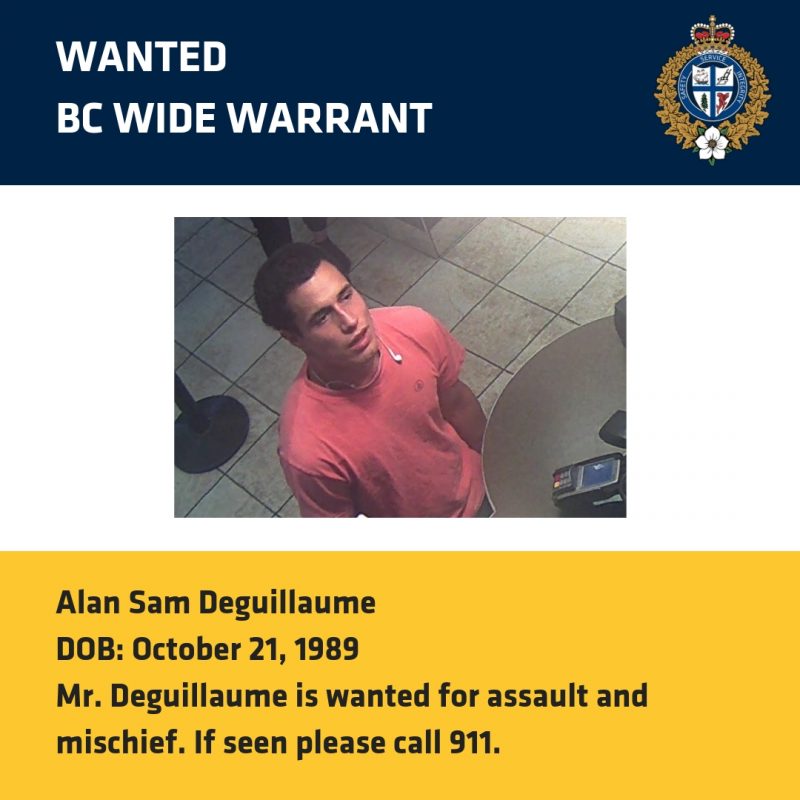