New Westminster – On February 10th 2018 at approximately 9:00pm, the New Westminster Police Department received a report of a man on an upper floor balcony shooting what appeared to be a rifle in the area of Memorial Drive and Ross Drive.

Officers converged on the apartment and arrested two adult New Westminster residents without incident. A paintball gun was seized. After a discussion with officers, it was determined that the male was not shooting at people, but was calibrating his paintball gun with no intent to cause harm. No one was harmed and no damage was located as a result.

“This man was seen by witnesses shooting what appeared to be a rifle into a nearby park,” stated Media Relations Officer Sergeant Jeff Scott. “We would like to remind people to be mindful of how their paintball guns may appear to other members of the public and that they can easily be mistaken for real firearms. Keep your paintball activity to the Paintball Park.”

The two adults were released without charges. 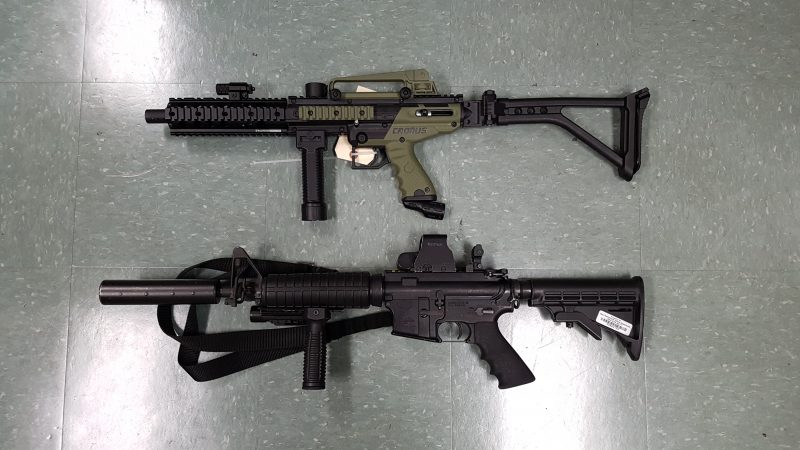 Paintball gun (top) in comparison to our police issued C8 rifle (below).